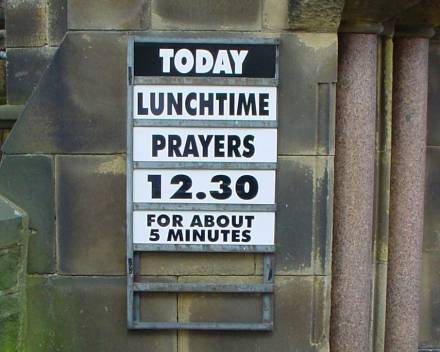 Everything is speeding up thanks to our obsession with technology and efficiency - although whether anything is actually moving in the right direction is a moot point. You can blame computers, email, the Internet, globalisation, mobile devices, low cost travel, whatever you like. The result is 24/7 access to goods and services, multi-tasking, meals in minutes, hectic households, microwave mums, meals on the run, insecurity, one minute wins and individuals (and organisations) that want everything tomorrow. The result is stress, anxiety, a lack of sleep, a blurring of boundaries between work and home, work-life imbalance and, conversely, an interest in slowing things down. 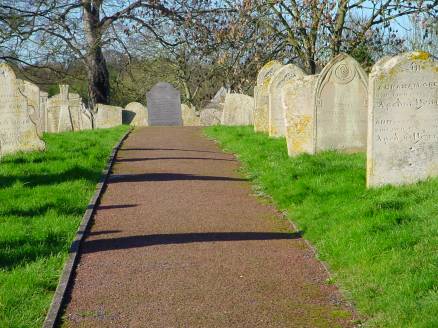 There are approximately 40 wars in 35 countries going on as you read this. Terrorism is rife and if 'they' don't get you a global pandemic probably will. At least that's how quite a few people feel. Post 9/11 the feeling was probably fearful but this has now settled down to anxiety and, if all goes well this might level off to people being slightly rattled. But the general feeling isn’t going away. Trust has all but evaporated (people don't trust institutions like government or the police any longer) and the speed of change, together with technology that disempowers, has left people yearning for the past. This insecurity is to some extent generational but whether you're eighteen or eighty there is a general feeling of powerlessness. This in turn is fuelling everything from an interest in nostalgia to the growth in narcissism, localisation and tribalism. 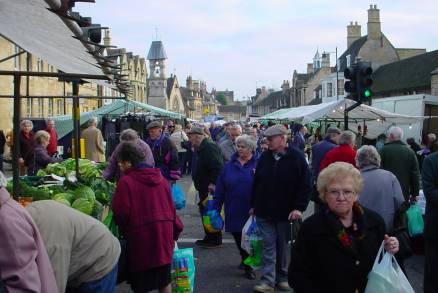 Demographics is the mother of all trends (or, as someone more eloquently once put it, ('demographics is destiny'). The big demographic shift is ageing. In Europe 25% of the population is already aged 65+. Linked to this is the rise in single person households (46 million in Europe) caused by an increase of widows and widowers, but also caused by more people getting divorced and by people marrying later or not at all (42% of the US workforce is unmarried). Add a declining fertility rate (below the replacement rate in many developed nations) and you have a recipe for significant socio-economic change. Other linked trends include older parents, more one-parent families, male/female imbalance (eg China) and less traditional family units. In 1950 80% of US households were the traditional 2 parent & kids nuclear family. Now the figure is 47%, while over in Europe there will be14% less nuclear families in 2006 than in 1995. This could all change of course, but it’s in the nature of demographic trends that change is usually slow in any given direction. 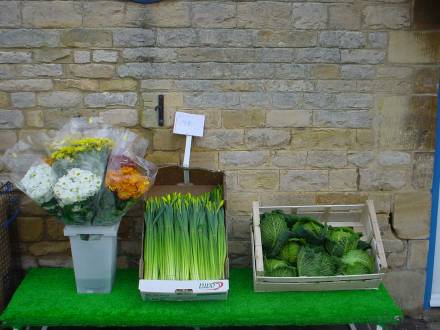 Globalisation is obviously a huge trend but if you look forward far enough it looks like the future will be local. You can already see evidence for this shift in the fact that the opposite, localisation - is a major trend in everything from food to politics. And it is entirely possible that the EU could collapse back into local units or even small city-states and the consequences of this would be extraordinary. Theoretically, globalisation still has many years to run (and will run alongside an interest in all things local) but we are increasingly at the mercy of resources. Put simply, when natural resources such as oil run out, we will have no choice but to stop moving around and adopt a more local way of life. Back to where it all started in other words. 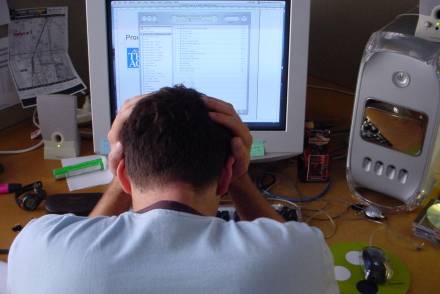 Materialism is still in full swing but for many people it's starting to lose its appeal. We are working harder and working longer - and earning more money as a result - but it’s becoming increasingly obvious that money can't buy you happiness. People are also starting to realise that identity is not shaped by what you own or consume but by who you are and how you live. To some extent the happiness phenomenon is really a search for meaning. Hence the increase in spiritualism. But it is also down to the fact that people have too much time on their hands. A century or two ago people were focussed on survival and just didn't have time for self-introspection. Keep an eye on how often the topic of happiness appears in the general media and when politicians and companies pick up on the issue you'll know the trend has truly arrived. 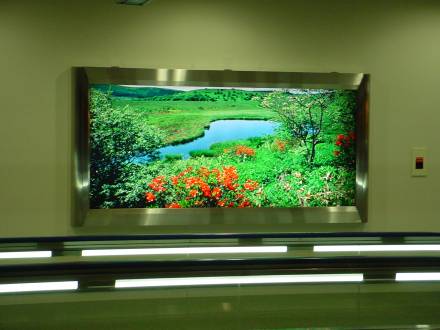 Life is complicated and getting more so. We are suffering from Too Much Information (TMI), Too Much Choice (TMC) and Too Much Technology (TMT). We are also being subjected to multiple truths (one minute coffee is going to kill you, the next it's a miracle cure) and fed a seemingly endless diet of half-truths and lies from companies and politicians who want to sell us something. The response to all this is an interest in authenticity or 'realness'. People want to know where things (or people) are from and whether they can trust them. They also want to know what the story is. Of course there are contradictions. On the one hand we expect people and products to be trustworthy, ethical, real and tell stories about their history. On the other hand we are ourselves leading increasingly fake lives - filling our lips with Botox, dying our hair blonde, enlarging our breasts and pretending we're happier than we really are. 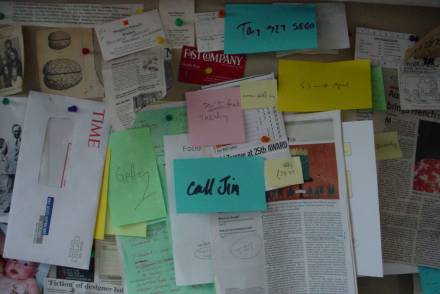 We increasingly live in a world that forgets. Companies have almost no sense of their own history while politicians positively revel in the fact that voters cannot remember (or choose to forget) lies, deceptions and even criminal behaviour. This is a problem because power is essentially a battle between memory and forgetting. Unfortunately, memory loss is a by-product of trends like speeding-up and convergence. It means that attention spans can almost be measured in nano-seconds (have you noticed how members of Generation Y won’t wait for anything anymore?). This in turn may give rise to memory loss in older age (cue various technical and pharmaceutical solutions). Conversely, we are also becoming increasingly fixated with preserving our own memory. ‘Life caching’ is a major trend (and a US $2.5 billion industry) where people effectively download (or upload) everything from emails and text messages to photographs, video clips, words and spoken words. Similarly scrap booking is a hot trend at the moment, although one suspects that this might have more to do with nostalgia and relaxation than immortality. Links: http://www.nokia.com/lifeblog 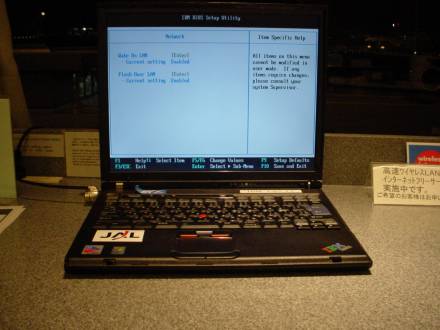 They used to say that when the US sneezes, the rest of the world catches a cold. These days we all get to see and hear that cold in real time. Everything from countries and computers to industries and gadgets are increasingly linked together. In the future you can expect to see this trend accelerate even more thanks to everything from RFID tags to smart dust. This is both good news and bad. It’s good because information (good and bad) will travel around the world instantly. This means everything becomes transparent. It’s bad because in the future there will be little or no privacy and, since everything is connected, if something fails in one area the whole ‘network’ can be effected (‘cascading failure’ is the term used by some people). This explains how SARS can travel around the world at such speed and also how innovations are copied so quickly. We are assured that the Internet and devices such as mobile phones are immune from such networked failures due to their design. We disagree. Expect a catastrophic (but recoverable) failure within the next ten years. 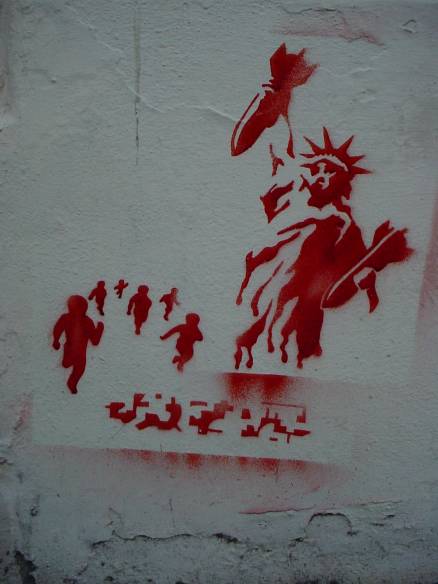 It would obviously be too simplistic to carve up the world between America (and its allies) and the rest of the world, but some people see it that way. So far protest has been limited to street demonstrations and the launch of Muslim brands of Cola, but anti-American (and anti-Western) sentiment could go a lot further. Links with globalisation, localisation and ‘glocalisation’. 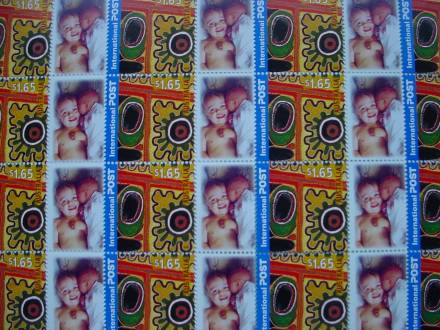 How can you have a list of top trends and innovations without mentioning Apple’s i-Pod somewhere? The i-Pod is an excellent example of all sorts of trends including place shifting, device convergence, Moore’s Law and miniaturisation. However, the most interesting thing about the innovation is that it personifies personalisation.Globalisation creates commodification and homogenisation, which in turn creates the counter trend of personalisation as people react against standard issue products. Add a dose of technology and hey presto you’ve got a product that users can tailor to their own tastes and needs. Expect dozens of products in different markets to offer a similar degree of personalisation in the coming years as customer desire meets technological possibilities.